For anyone pursuing a career as a photographer, the subject of salary is one that is often met with misunderstanding. The amount of money photographer jobs actually pay depend on the type of photography, the industry in which the individual works, his or her location, and even whether the individual is directly employed or working on a freelance basis.

The Bureau of Labor Statistics, or BLS, reports that photography jobs across all industries nationwide pay an average annual salary of $28,490. The lowest paid 10% earned less than $17,520 and the highest paid 10% earned more than $66,990. It can be said that individuals who are exceptionally talented will undoubtedly earn the highest salaries not only because they will build a reputation, but also because this reputation will allow them to be employed by companies that are willing to pay more for higher-quality products.

Photographers can work in many different industries, and some certainly pay more than others. The aerospace product and parts manufacturing industry offers the highest potential salaries to photographers according to the BLS with an average of $65,430 annually. Next is the motion picture and video industry which offers up a handsome $63,650 per year salary. Rounding out the top five are the scientific research, information services and cable programming industries which offer average salaries of $58,280, $58,130 and $57,720, respectively.

Another factor that can have a significant influence on the amount of money individuals can earn in this career path includes the state in which he or she chooses to work. The District of Columbia is home to the highest paid photographers in the nation at an average salary of $67,790 per year. Next in line are California and Illinois with average yearly salaries of $50,980 and $48,470. In Nevada, photographers earn $47,590 per year, and those in New York earn about $46,360 annually.

Freelance photographers have a lot of leeway when it comes to their salaries, and this is for different reasons. A freelance photographer can take photos in nearly any setting, but those who freelance for weddings generally earn more than those who earn money with online stock photography. The individual’s talent and reputation also has much to do with potential earnings, as does the amount of time he or she chooses to spend taking pictures for clients. Therefore, it can be said freelance photographers are generally not subjected to any minimum or maximum salaries.

The BLS also reports that photographers in general will experience only a 4% growth between the years of 2012 and 2022. Those who are employed in portrait or commercial photography can expect to see the most growth as these services will continue to be in high demand. However, since subscriptions to print newspapers, periodicals and directories are projected to decline some 36% within the same timeframe, it is recommended that these individuals migrate to other professions within their industries.

Photographers can earn a wide range of salaries within their professions, but freelancers who specialize in many different types of photography for portraits, weddings, sporting events and commercial needs stand the best chance of earning the highest salaries.

Katarina Irizarry is a career expert at Great Sample Resume and a graduate from the Universidad del Sagrado Corazón with a degree in Advertising. She is always looking for new ways to help readers find the latest information to reach their career goals. Katarina lives in San Juan and spends her free time watching Netflix and eating mint chocolate chip ice cream.
Related
Software Engineer Working Conditions 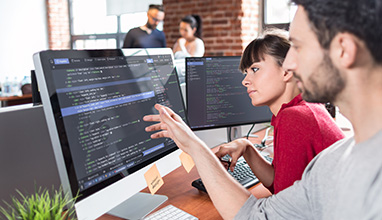