Job Outlook for a Wildlife Biologist

The field of wildlife biology is an exciting career choice, especially for animal lovers who wish to explore a variety of species, diseases, and other potential threats to wildlife. While the growth and expansion of the human population will affect the demand for increased wildlife studies, budget cuts of government agencies can lead to an overall poor job outlook for the field. Because of this, competition is fierce for those interested in entering the field.

The anticipated addition of 1,500 jobs by 2020 will bring the total of wildlife biologists working in the United States to 21,300. The general job outlook for the field relies on the budgets of state, local, and federal governments. Because of this, those interested in pursuing a career in the field will face competition for remaining jobs that reflect an overall slow growth. According to the Bureau of Labor Statistics, states with the highest concentration of jobs and location quotients for wildlife biologists include Alaska with 860, Wyoming with 340, Idaho with 540, Oregon with 1,330, and Montana with 320 jobs.

The Bureau of Labor Statistics projects the growth of employment for wildlife biologists to rise 7% from 2010 to 2020, which is much slower than the average for all other occupations. In 2010, zoologists and wildlife biologists held around 19,800 jobs and found the most opportunities for employment with state government agencies. The BLS also reports the largest number of wildlife biologists along with zoologists worked in the following industries: 34% worked innon-educational or medical state governments; 26% worked for the federal government with the exception of the postal service; 7% worked in management, scientific, and technical consulting services; and another 7% worked in research and development in physical, engineering, and life sciences.

The need to study the impact of population growth and development on wildlife and their habitats is an important topic that is necessary to protect future generations, and wildlife biologists could prove valuable on the local, state, and federal level. However, while an increased demand for more zoologists and wildlife biologists will take place in the future, it all depends on the budgets for the specific agencies involved in the hiring of such employees.

Job prospects increase for wildlife biologists when other employees retire, advance to management positions, or change careers. However, the overall number of job openings for wildlife biologists varies from year to year, and is dependent upon the budgets of local, state, and federal government agencies. The majority of wildlife biologists find jobs by targeting a specific type of species to study or specialize in a particular field of animal biology. For example, mammalogists who study mammals like bears and monkeys may have more opportunities for employment than an entomologist who studies insects exclusively.
Zoologists and wildlife biologists need at least a Bachelor’s degree to apply for entry-level positions within the field. Those interested in applying for advanced positions will need to obtain a Master’s degree. To gain employment in independent research or in a college teaching position, they will need to acquire a Ph.D.

Katarina Irizarry is a career expert at Great Sample Resume and a graduate from the Universidad del Sagrado Corazón with a degree in Advertising. She is always looking for new ways to help readers find the latest information to reach their career goals. Katarina lives in San Juan and spends her free time watching Netflix and eating mint chocolate chip ice cream.
Related
Computer Programmer Working Conditions 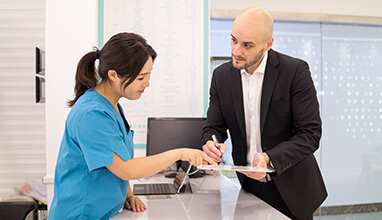